New features has been implemented in the pan-genome analysis tool (comparative genomics section) :

You can now extract genes from a core-genome, a variable-genome or a strain-specific genome and export them into gene carts. The gene carts interface was updated to manage these potential big data and to allow annotation files download. 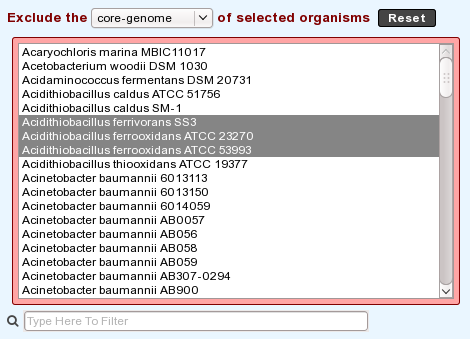